In September, 2013, my wife and I flew to Amsterdam where we spent almost a week exploring that fascinating city before boarding the Viking River Cruises motor vessel Skadi.   This marked the beginning of a 15 day river and canal cruise through the heart of Europe, ending at Budapest in Hungary.

First we went overnight from Amsterdam via canal to join the Rhine River near Rotterdam where we paused to see the windmills at Kinderdijk.  From there our journey took us up the Rhine, stopping in many places along the way (e.g. Cologne, Coblenz, Braubach and the Marksburg Castle, Miltenberg, Wurzburg) to explore or take side trips.

We left the Rhine at the confluence of the Main River, motoring up it to Bamberg and Nuremberg.  There we entered the canal which connects, through many locks, the Main to the Danube.

Down the Danube we went, stopping along the way at Regensberg, Passau, Melk, Krems, Vienna, Bratislava and, finally, Budapest.

A memorable trip on which I took over 1500 photos!  Thankfully, by ruthless pruning, I have been able to render that number down to more manageable size, a few of which are shown here.

I welcome your comments Cancel reply 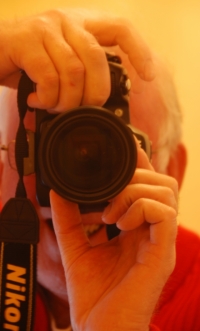